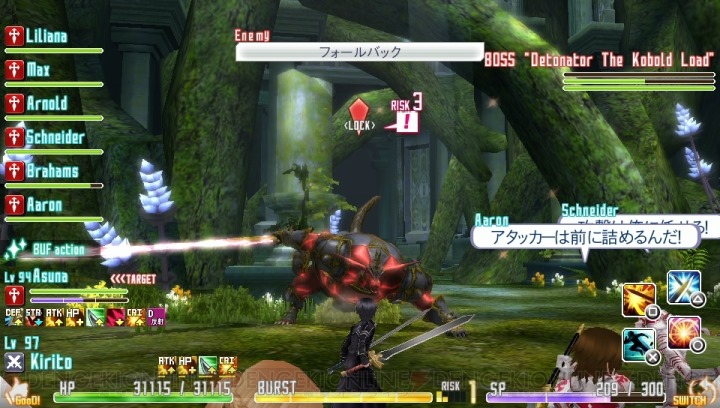 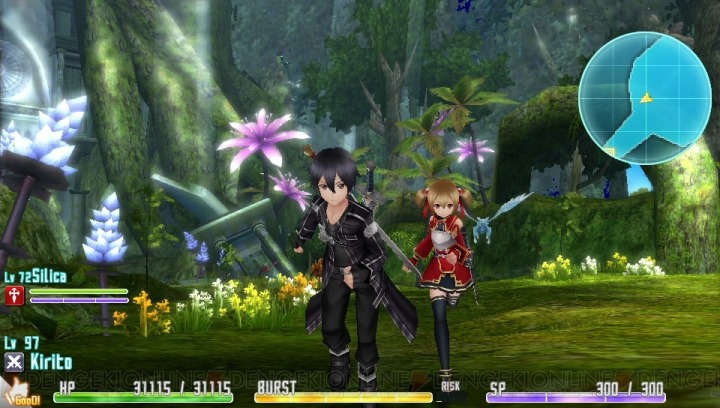 You’ll be able to hold hands with any of them, just like you can with Asuna! You can even carry them around too!

This game will have special scenes that will trigger. These scenes are like the sketches in the Tales Of series and serve as Story dialogue between the characters, and interesting fan service scenes like the one shown below of Leafa and Sinon in bath towels. 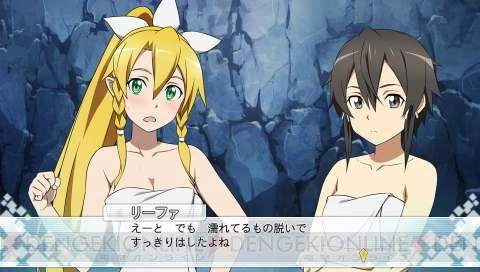 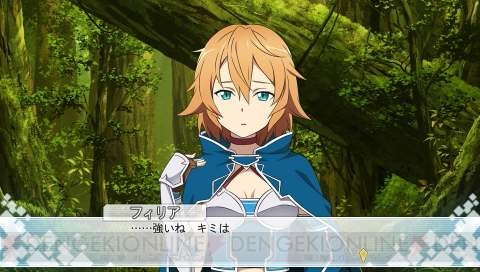 Sword Art Online: Hollow Fragment will be releasing in Japan on April 24th, 2014 for PS VIta. A Limited edition version has been announced which will be for first run copies only. The game has not been announced for release in other regions.