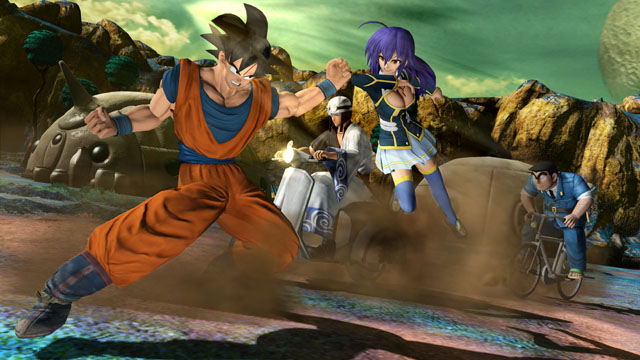 Our translator SteelBallJack has given us some details of the J-Stars Victory Vs. demo that was playable at the Jump Festa Event.

After waiting in line for an hour I finally got to play J-Stars and it was pretty awesome! The controls were very solid, the controller scheme (shown slightly in one of my videos) was pretty much like this:

[] = Light Attack
Triangle = Strong Attack
O = Special Attack (3 different special attacks per character so far)
L1 = Lock on (Locks on to the closest character)
L2 = Support Character
R1 = (I think it was block but I cannot be certain as I hardly used it)
R2 = Forward Dash (when locked on to the character you dash right to them)
R3 = Victory Burst (Ultimate Special can be achieved within Victory Burst). 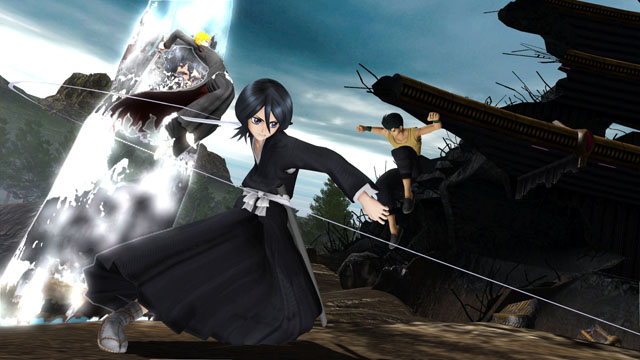 How did the gameplay fare? Very well, it literally plays like an all-round 3D Jump Ultimate Stars. 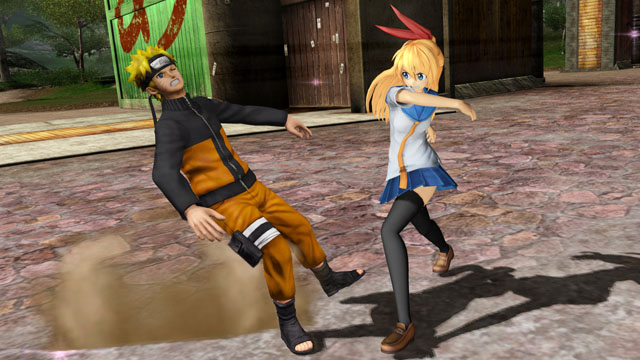 It has a combo system which relies on several Light Attacks then Triangle strings in which some can end with you pulling out a Special Attack (O) afterwards. When your Voltage Meter gets to a certain area you can perform the Victory Burst in which after a while you can press R3 to unleash your characters Ultimate Special (the Ultimate Special has a cutscene!) Locking on can have minor problems if both your opponents team members are close to your character, it seems to get confused and try to lock onto both before you end up getting attacked by one of them. Dashing is very helpful and by pressing [] after your dash you get a knock back kind of attack. 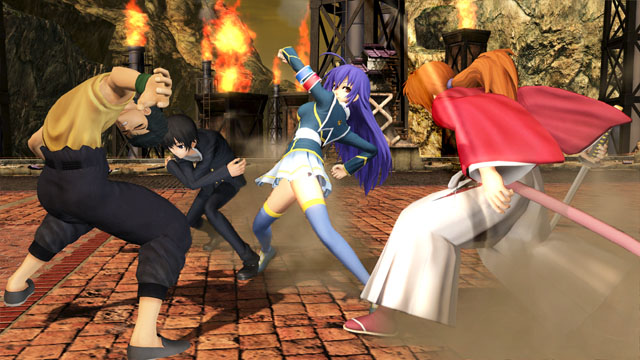 2P mode seems to cut the screen down and giving it a border also, which is a bit of a downer as this shrinks you and your friends, gameplay screen.

Each character on each team has a unique intro so if you do not skip you will sit through 6 (both teams playable and support characters) intro cutscenes. Victory Burst has a short cutscene showing all of your characters gathered then a quick skip to each characters face before going back to gameplay. As I previously stated Ultimate Specials get their own cutscenes also!

Another thing I really enjoyed about J-Stars is this…. DESTRUCTABLE ENVIRONMENTS!! When you beat someone against a building the building breaks behind you and knocks you down. I chose Konoha as my stage (Tenkaichi Budokai was also available) and buildings were crashing left and right during the team battle!

My final thoughts are that the game is solid so far, very responsive controls and very easy to get into for both gaming rookies and veterans. There was no difficulty option in the demo so CPU in the demo was very aggressive and it may have been due to my choice of opponents (Ichigo was the main character who gave me the most trouble). A new trailer will be out for J-Stars soon showcasing more on Chitoge Kirizaki, Neuro (support) Jonathan Joestar, Joseph Joestar and Korosensei! Look forward to this game being released on 19th of March 2014 in Japan.