Our translator SteelBallJack has been on a roll with providing us information as well as translations! Here’s all of the information he gave us about the new game:

There are no major changes from previous versions of the Storm series in terms of gameplay (There is a Okawari meter separate, but other than that it’s the same), the field size is exactly the same as previous installments, the controller scheme is the same as well. But there is one small change, which I will cover in the next sentence!

Well let’s get to the demo itself, who do we battle against in the demo? Mecha Naruto!!!
Mecha Naruto`s intro is the best start “I am histories strongest ultra-almighty, Mecha Naruto!!” (whilst Narutos Voice Actor speaks in a Robot-like voice).

You fight against Mecha Naruto at first, he has 2 special attacks he uses 1 justu where he shoots his hand at the opponent blowing them back then literally blowing them up! His other Ougi is where he knocks you up into the air, locks onto each body part and then shoots a lazer straight at you in the air.

Once you get Mecha Naruto down to around 15% health he turns into Kyuubi mode, he fights just like Kyuubi Naruto and he never seemed to use an Ougi in the demo (I played twice spending time and he didn’t seem to have an ougi).

Once you defeat him, up comes the Winner screen with an outro by your chosen character… but wait…it’s not over, a new screen comes up “WARNING A Giant living entity has been detected”, this is where Mecha Naruto flies up into the air and enters the stomach of Mecha Kurama as Mecha Kuramas body parts fly onto his body and then finishes by striking a pose.

This battle was fun, it’s not as big as fighting Kurama from NS3 but he is pretty big (by the way this fight will confuse you sometimes as the camera goes wild when you fight him). His has an end of combo ougi and a non cutscene ougi, his combo ougi is where he slashes you viciously twice and then his arms turn into drills (looking similar to Getsuga Tenshou) and he strikes at your character. His other Ougi is a massive pink laser he shoots directly from his mouth. 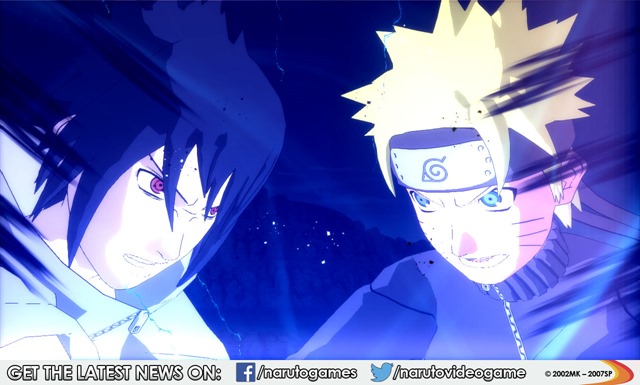 Kyuubi Chakra Naruto and Sasuke are the only characters that have the Duo Attack. To perform the dual attack you press Triangle Twice and then O, with Naruto and Sasuke saying:
Sasuke: “I`ll only do this once”
Naruto: “Yeah”
Sasuke: “Let`s do this.”
Naruto: “Yeah, Sasuke!!”
In which they put their Chidori and Rasengan together in which the following attack grows then shrinks and then grows in a unique manner blocking the enemy backwards into smithereens.

By pressing Triangle three times and then O you do a mini cutscene combo which then goes into the previous Duo attack (pretty much the team justus in the previous naruto games) If you perform either on Kyuubi Mode Mecha Naruto or Mecha Kurama, the opponent’s character model will revert back to Mecha Naruto.

I played as both Naruto (w/Sasuke) and Sasuke (w/Itachi).
Naruto is an Ougi User Type, you start off as Kyuubi Chakra Naruto and your combo ending ougi is the double RasenShuriken with your normal Ougi being the Mini Bijuudama. 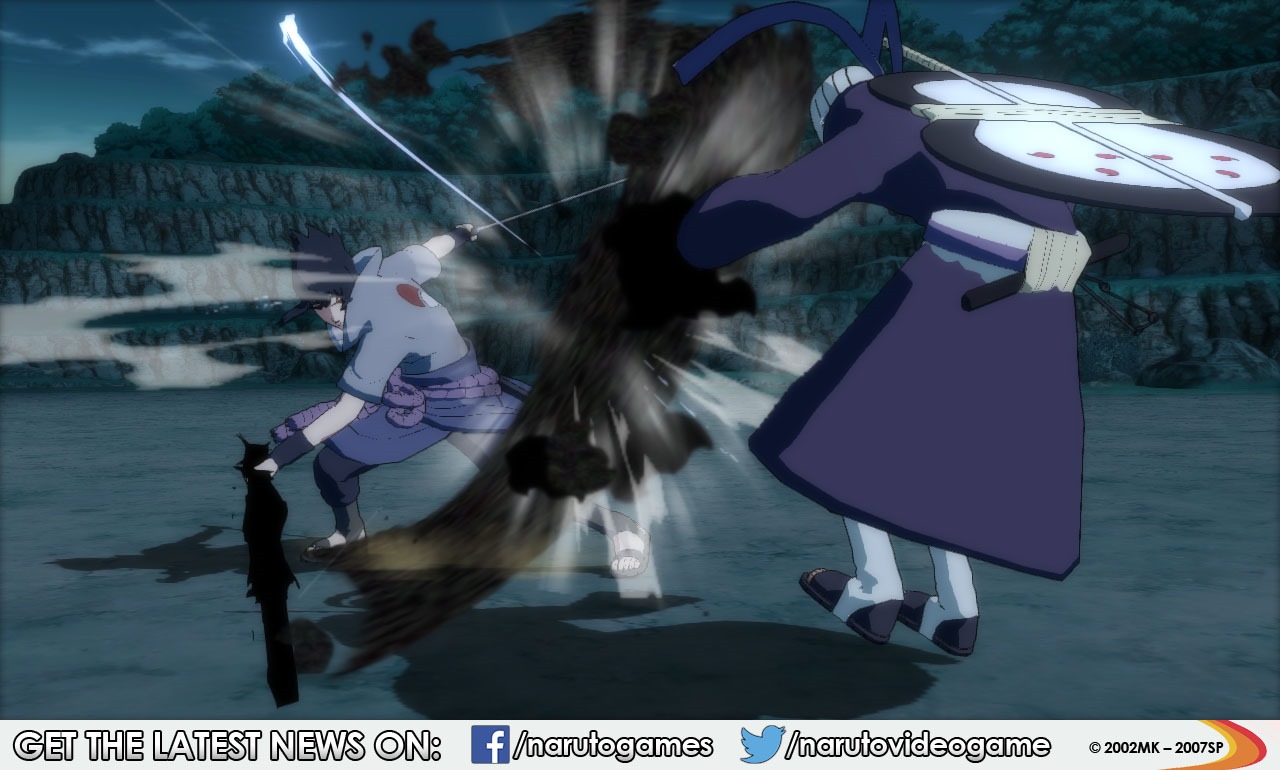 With Sasuke his type is of the Awakening state, Ougi is a sideward slash of his sword which shoots of Amaterasu power (sorry I do not remember the English name). Awakening mode has 2 forms in the demo; his first form is where his body is covered in a purple aura as his strength and speed are upgraded. His 2nd Awakening is Susasnoo, in which L1 and R1 turn into Susanoos dark spears which rapidly recover, [] and Triangle are sword swipes from Susanoo.

This year’s Jump Festa was definitely better than last years, I managed to talk to some game directors and producers but I just wanted to update people with some notes!

Thank you for searching through my notes and I hope that you enjoyed my read!