It seems the latest J-Stars Victory VS scan was important as it revealed that the game will be having Team Attacks between characters. These will be called Hero Combination and J-Combination which will consist on combining the appropriate characters to create an even stronger attack, and it’s the essential key to be victorious. It has been confirmed that Gon and Toriko will be one of the teams which a special attack. You will always be able to combine your attack with your Support Character it seems. 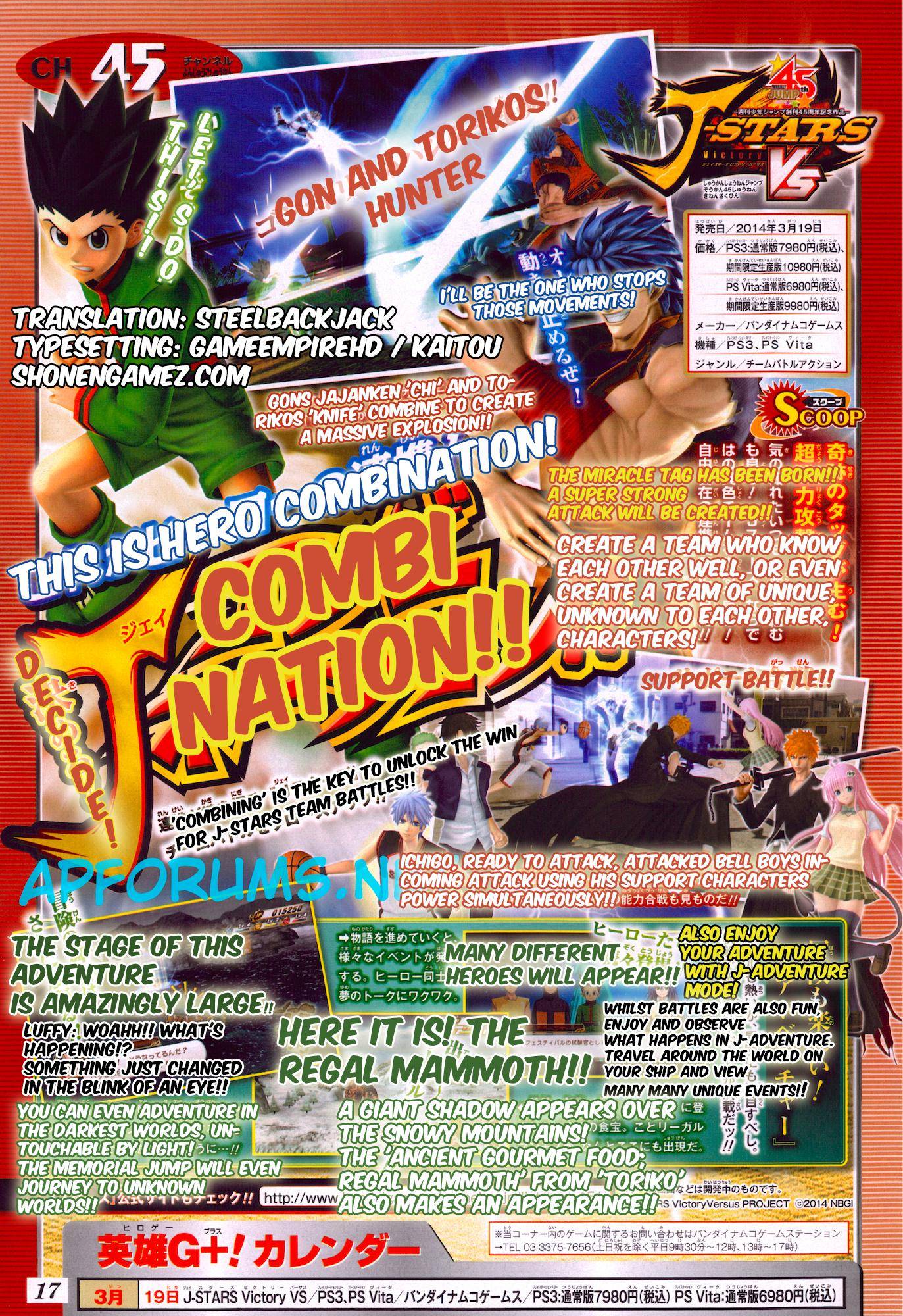 Thanks Redon from AP Forums!