Just because the latest scans have already revealed characters in them doesn’t meant here’s nothing new to show! The latest scan shows real men battling it out with their rapid fist attacks to see who’s the strongest, the “Gods of Gag Manga” come together to win by laughter and last but not least if you look closely some stages will have some hidden surprises. Planet Namek has Dragon Balls scattered across the stage as well as a special silhouette quiz. We’re not sure what the quiz is about honestly but we’re sure more details will be announced in future scans.

Click on the image below to make it bigger: 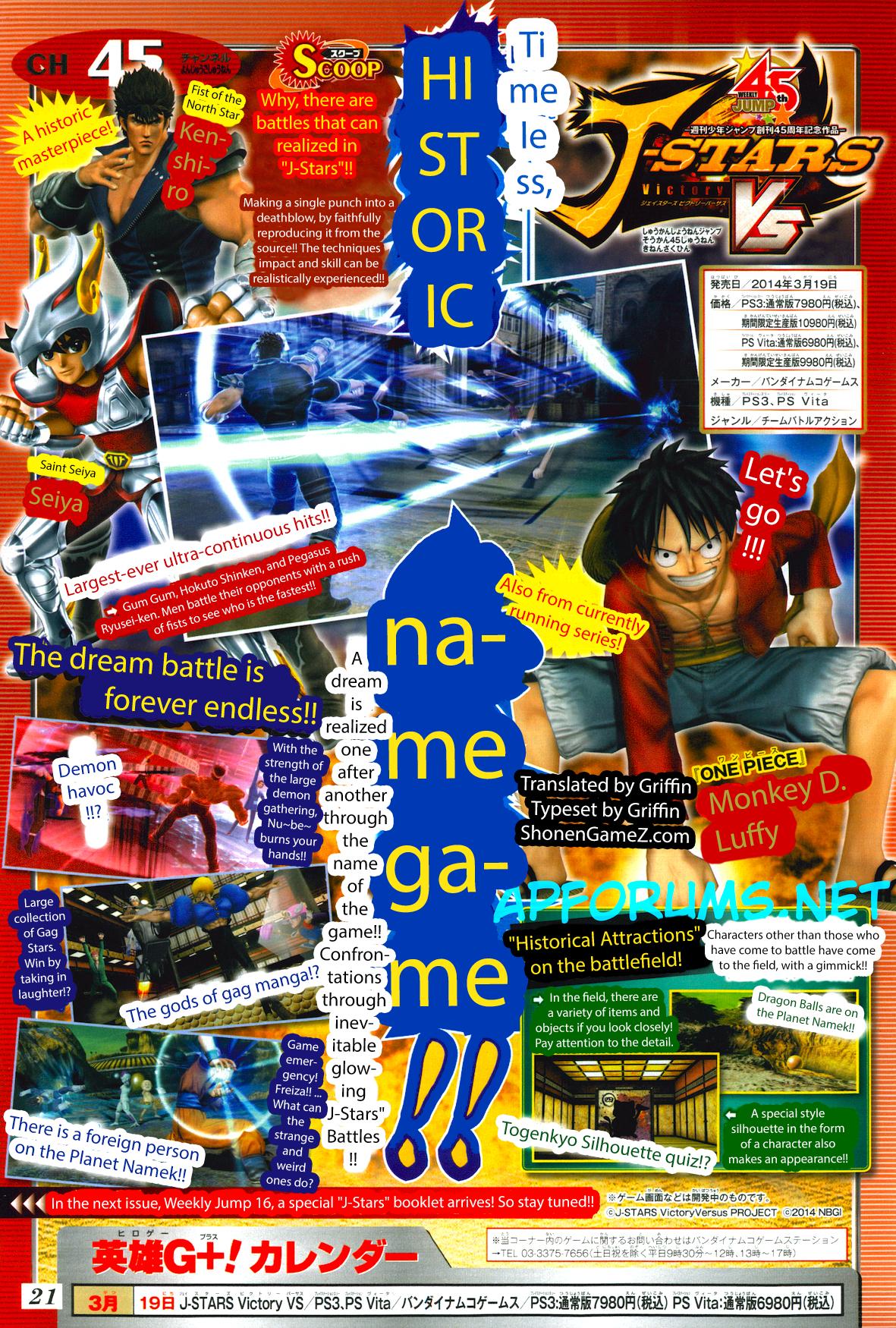