Recently, we received the J-Stars Victory Vs. Booklet, and while looking through it, we discovered some interesting news. According to what we translated from the scan it says that there will be OVER 52 characters in the final roster. We had our doubts, but after sending the scan to Griffin & Tilak from gamefaqs, and SteelBallJack they all said the same thing “More than 52 characters”. So what does this mean? Well, we would like to think it means a few more characters are coming up soon or that it may be counting the non playable NPC characters you meet playing the story mode.

Tell us what you think. Here’s the raw part of the scan that mentions it: 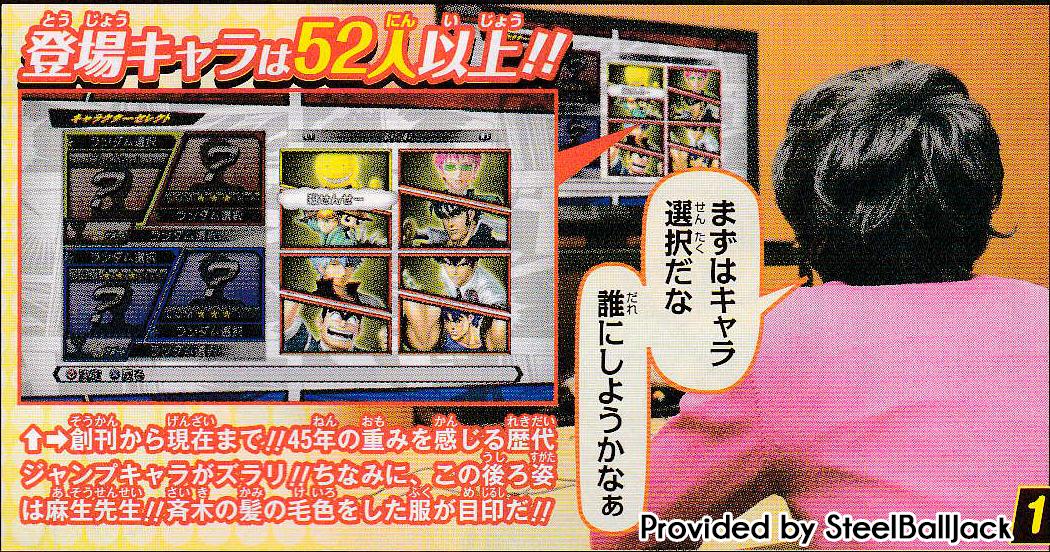