If you thought Tales of Zestiria was enough you are wrong. On the latest Weekly Shonen Jump, Bandai Namco has revealed the first scan of a new upcoming Tales OF 3DS Game, Tales of the World Reve Unita. Like previous Tales of the World games, Tales of the World Reve Unita will collide many different characters from many different Tales Of Games into battle. Many popular characters such as Yuri Rowell, Llyod Irving, Asbel Lhant, Meredy, jade Curtiss and Natalia Lavaldear will be joining this game. From the looks of it, it looks like this entry will be a Tactical RPG, just like the recently released mobile game, Tales of Union. 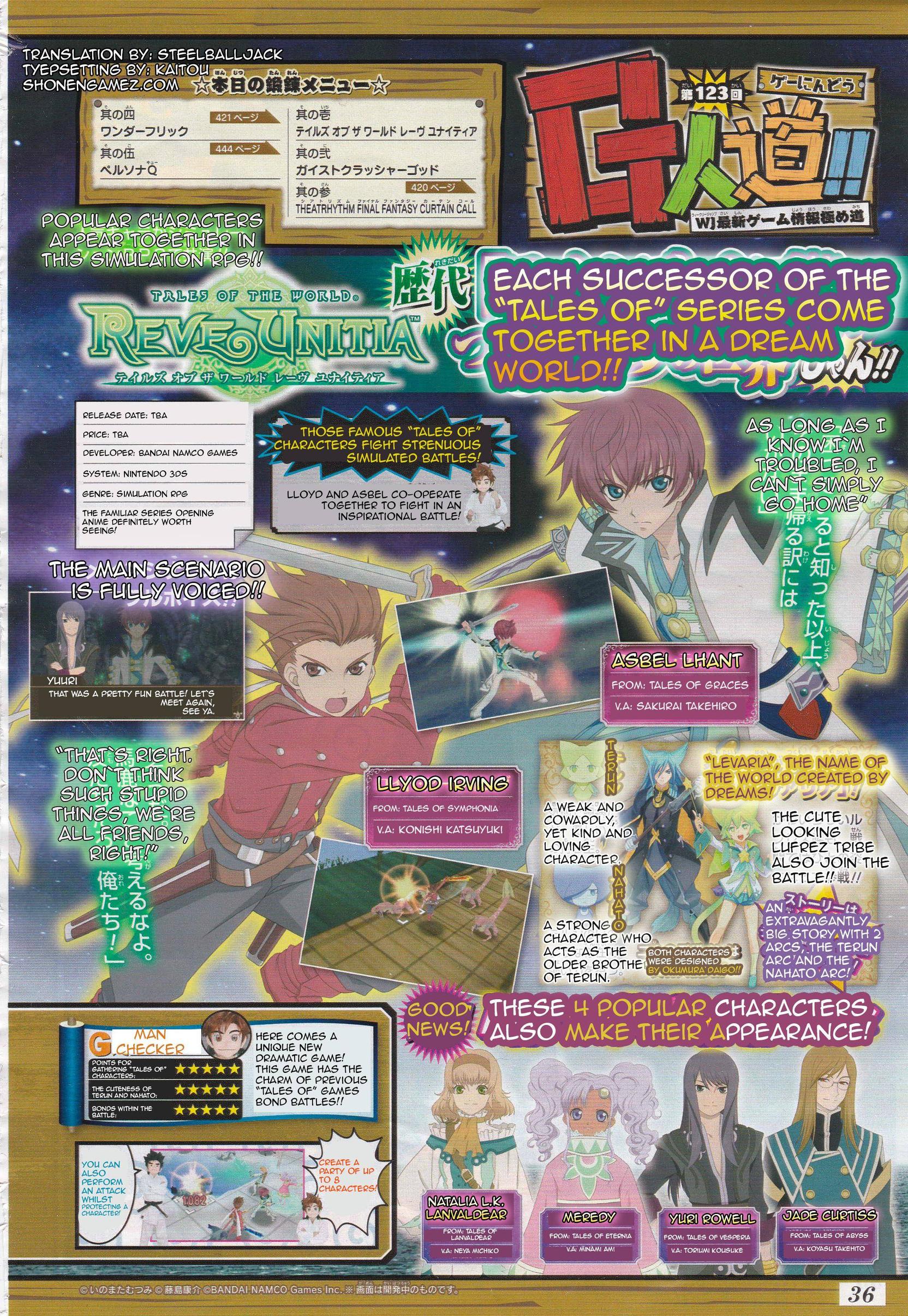 For more information about Tales of the World Reve Unita, make sure to stick around on ShonenGamez.com