Even after being 2 weeks of J-Stars Victory VS coming out, Saikyou Jump still is promoting the game. In this page, we can see three of their suggested combinations which they think they are the strongest. The first one is the Gomukoro Team, which consist of Monkey D. Luffy and Korosensei,  two characters that have extraordinary stretching powers to combat their opponents. Secondly we have Saiyan Kyuubi Team which consist of Son Goku and Naruto Uzumaki. Goku and Naruto has been put together due to their strong transformations, the Super Saiyan transformation and the Kyuubi mode. Lastly we have The Strong Gag Team, which consist of two of the comedic characters; Kankichi Ryotsu and Gintoki Sakata.

At first, we thought the silhouette could be the teaser of a new character but after talking to our translators they confirmed that a celebrity will be playing the game in a show. Usually in Japan when a celebrity plays a game, it’s a big deal. Take the event that aired back when Jojo’s Bizarre Adventure All Star Battle was near release as an example. 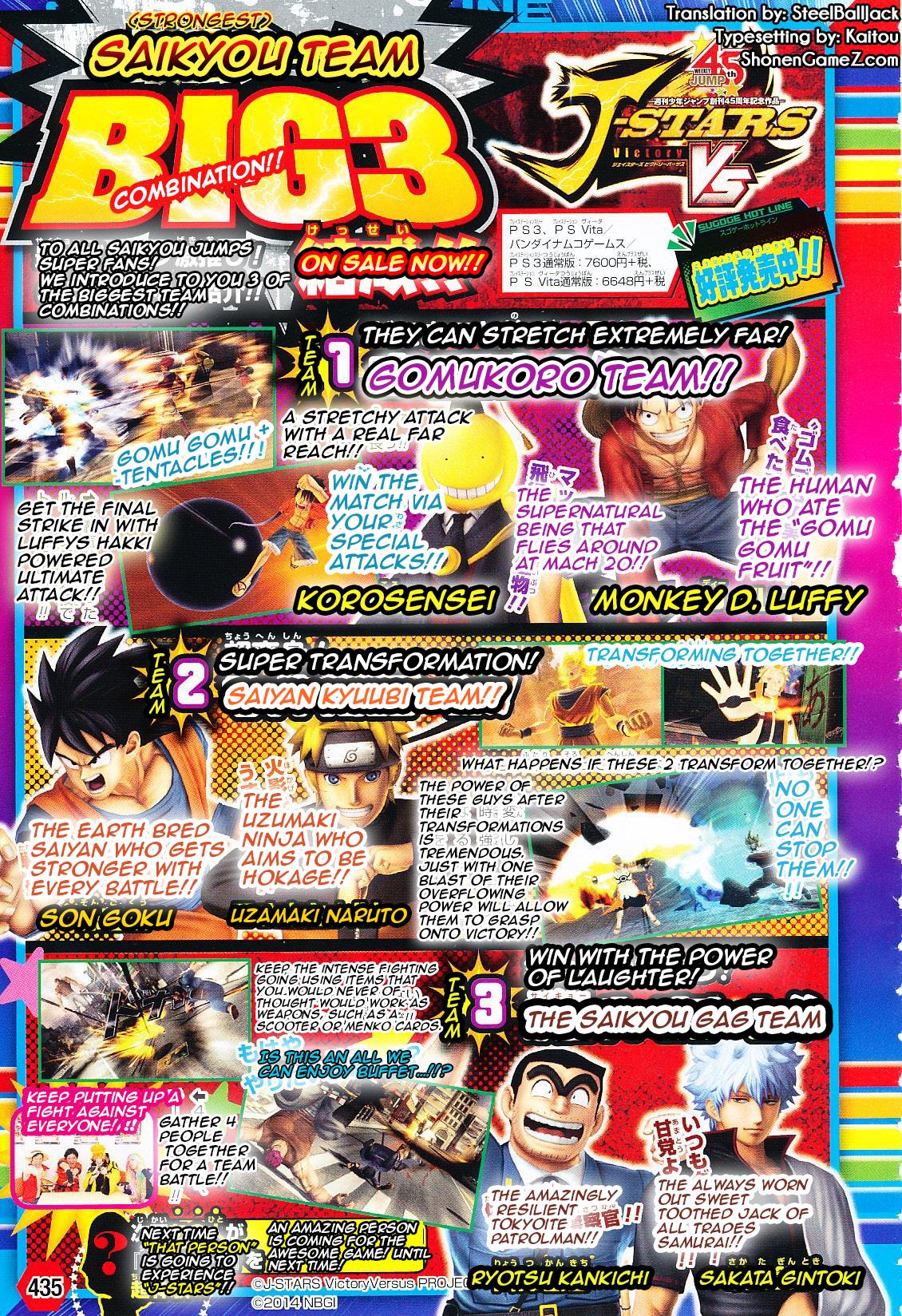