As we’ve already covered, Naruto Shippuden: Ultimate Ninja Storm Revolution is scheduled to release on September 11th in Japan, as well as a demo being available prior the game’s release. In addition, if you pre-order the game, you will recieve Samurai Armor and Costume Swap DLC bonuses. A limited Samurai Naruto figure will be available at LalaLabit Market if you purchas the special edition of the game from there.

With the translations, we were also able to learn that a bonus item will be revealed on the next weekly issue.

No word has been revealed about the release date for the West, except to a Fall 2014 release window. 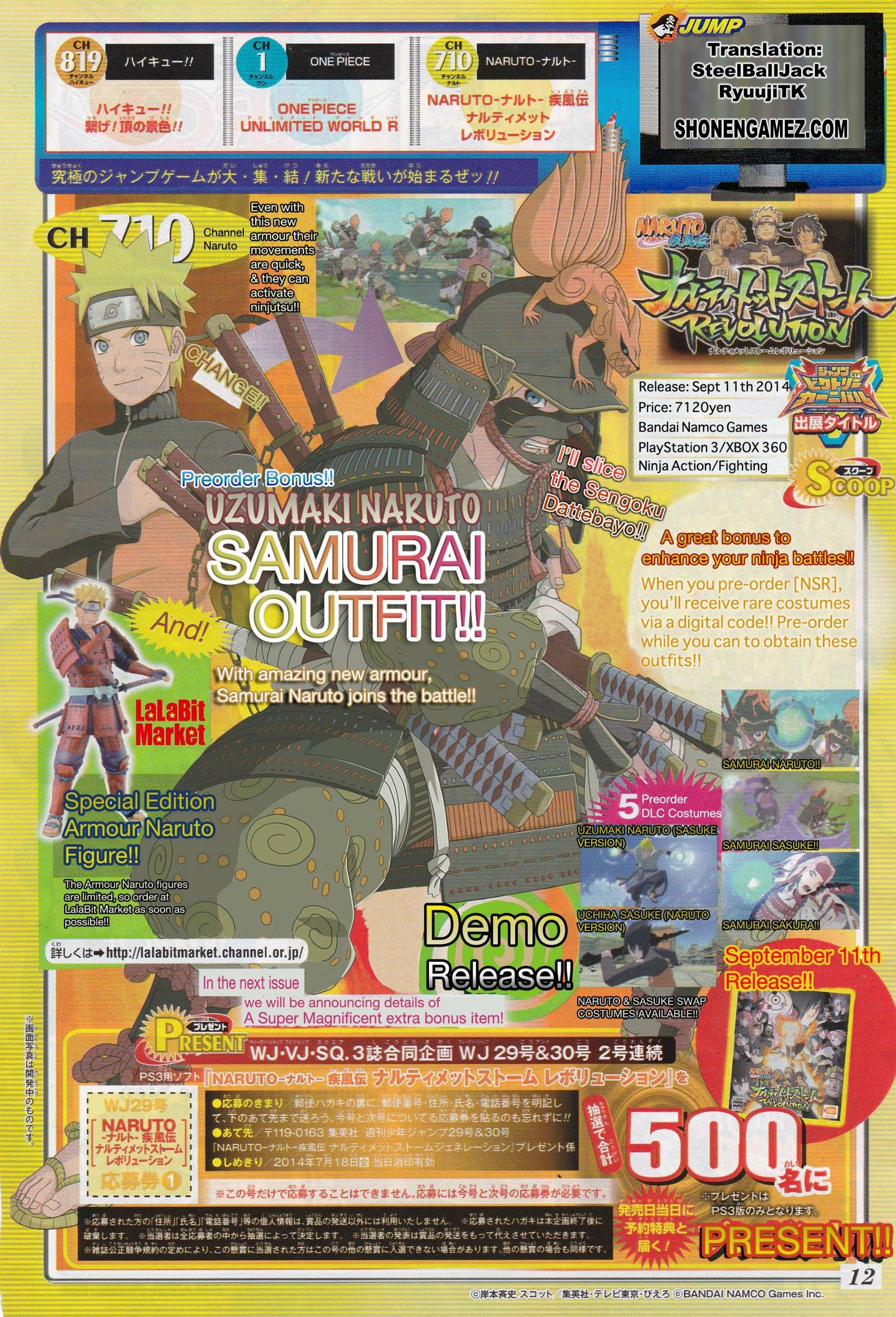