Originally shown on the latest One Piece Super Grand Battle X scan, finally a better quality version of the game’s box art has been revealed. As previously reported, the game will be hitting Japan on November 13 for the Nintendo 3DS and will feature over 85 characters from the franchise. 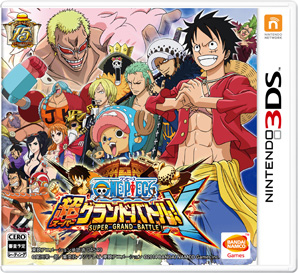