Recently confirmed in the latest issue of Weekly Shonen Jump, six of the male characters including Naruto, Sasuke, Shikamaru, Gaara, Sai and Minato will suit up with formal business suits. This downloadable pack will be available to download starting October 2nd.

Additionally, the Summer Costumes pack which was included in some pre-order bonuses will be available for everyone as well starting September 25th. This costume pack includes a summer outfit for Sakura, Ino, Hinata and Tenten.

Just like the Jinchuuriki Pack was based on he cover of chapter 567 of the Naruto manga, the Business suit costume pack is based on Shippuden’s fifth ending theme song. 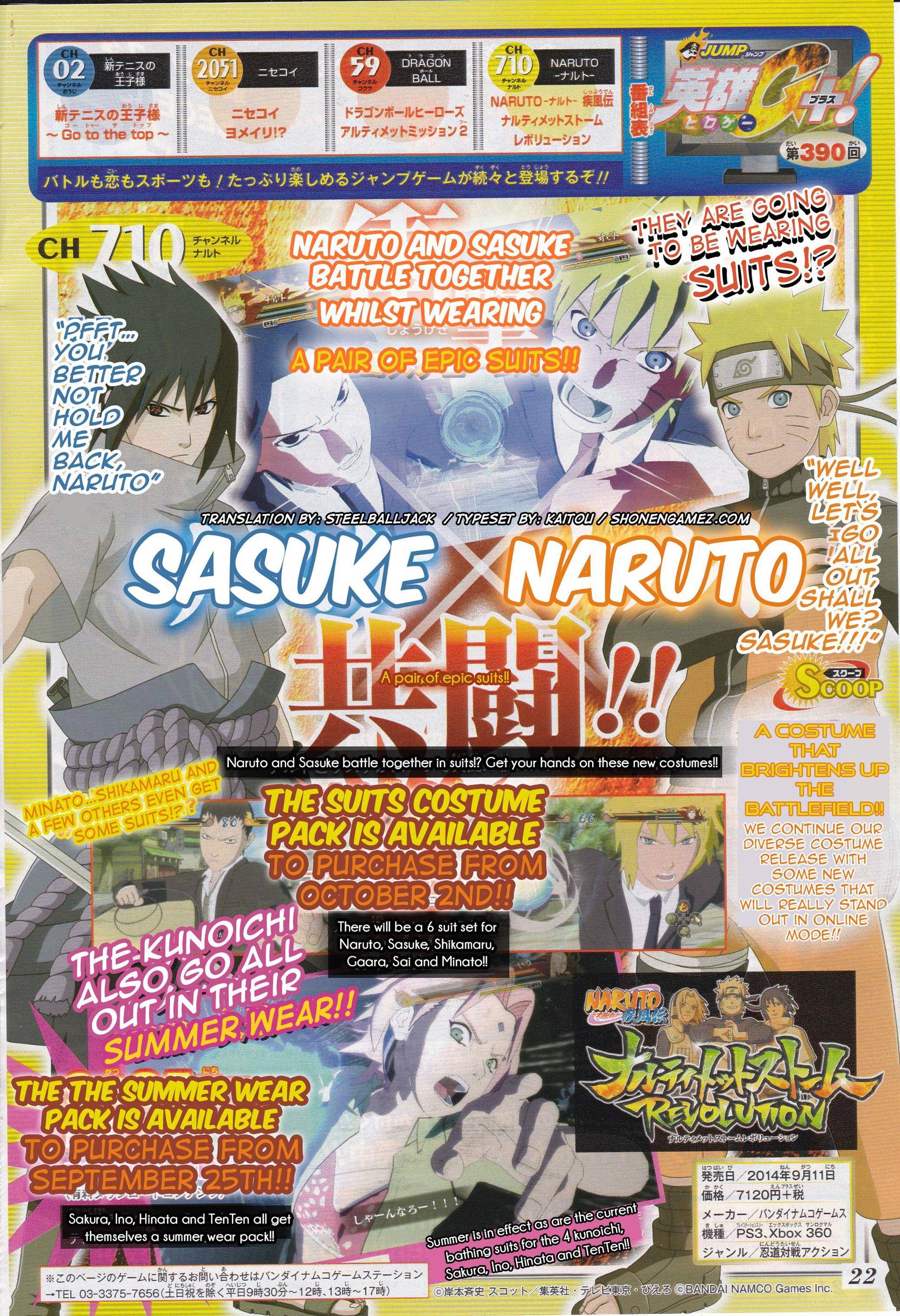