The latest issue of V-Jump magazine confirms that both Vegito and Super Saiyan 4 will be joining Dragon Ball Xenoverse as playable characters. Additionally, it confirms that the game is scheduled to launch in Japan on February 5th, 2015. 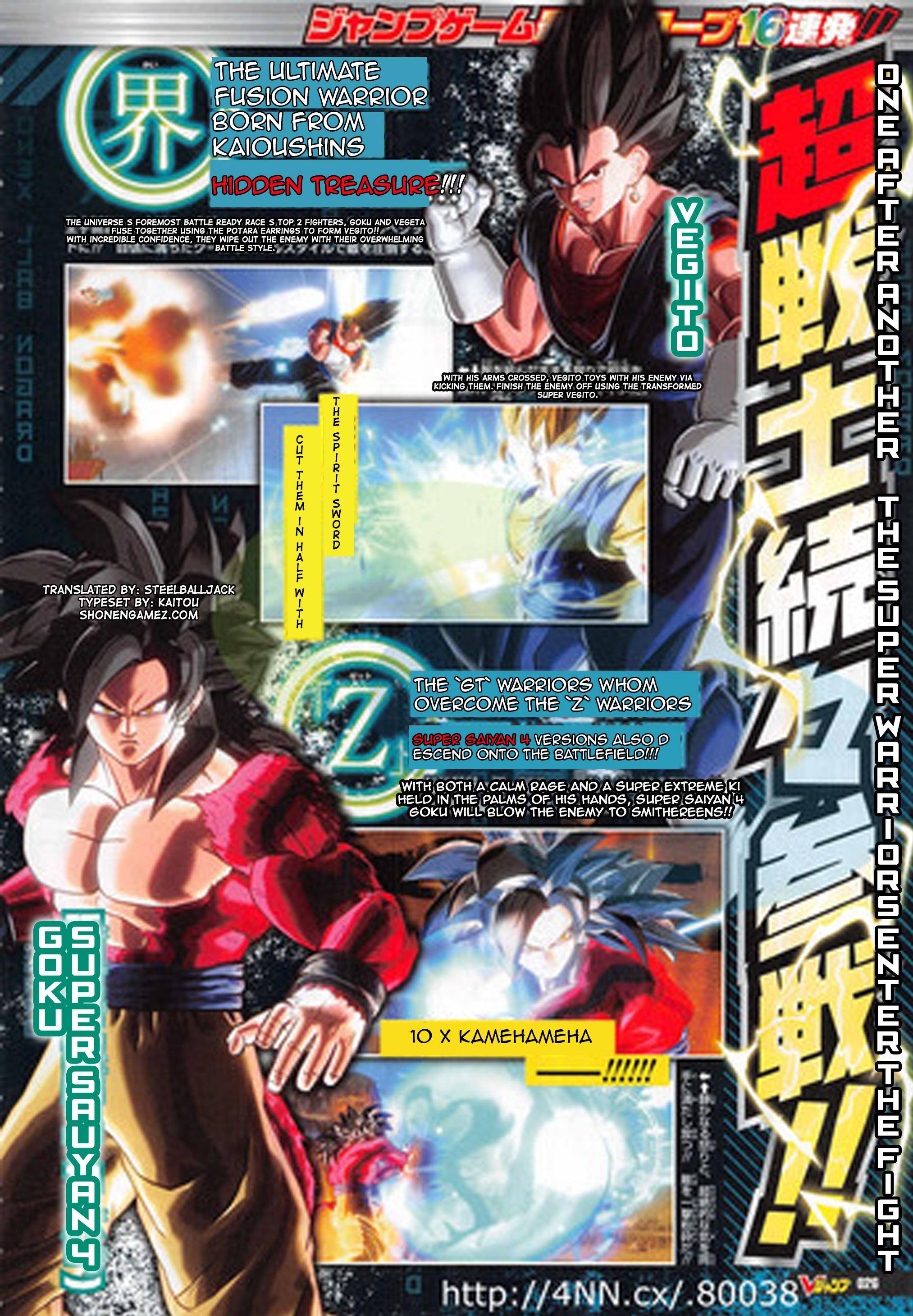