One Piece: Super Grand Battle! X Will Have Over 300 Subordinate Characters [Update]

One Piece: Super Grand Battle! X V-Jump scans have finally been translated and there’s a couple of new things in the three page special.

The double page scan confirms that One Piece: Super Grand Battle! X will have over 300 subordinate characters and according to the scan, you can learn special skills such as “Moonwalk” (unclear whether any character can learn moves like this or specific characters)

Finally, if you purchase the special game guide you’ll get Luffy and Law with their 15th Anniversary clothing as two “super rare” subordinate characters. 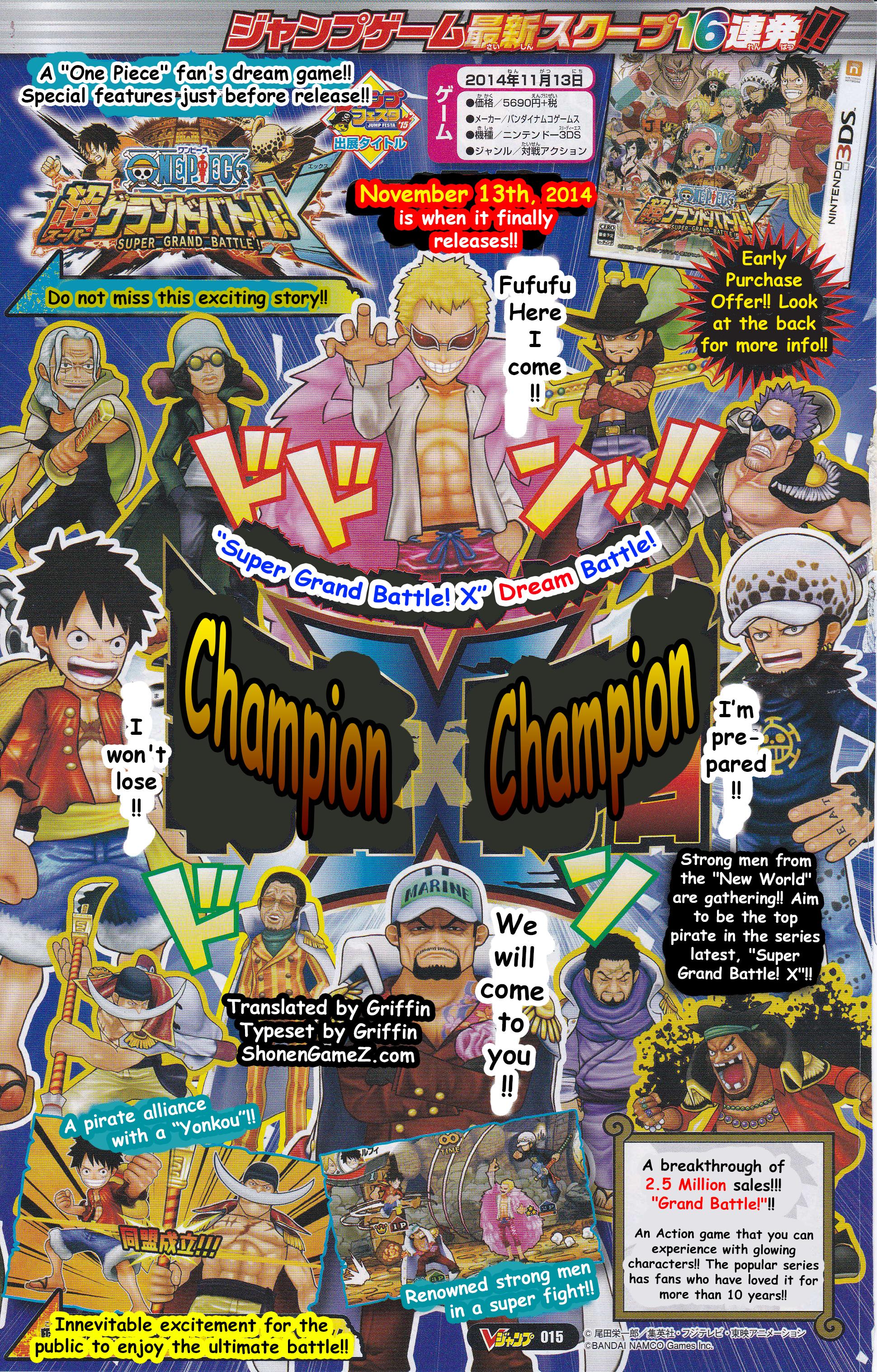 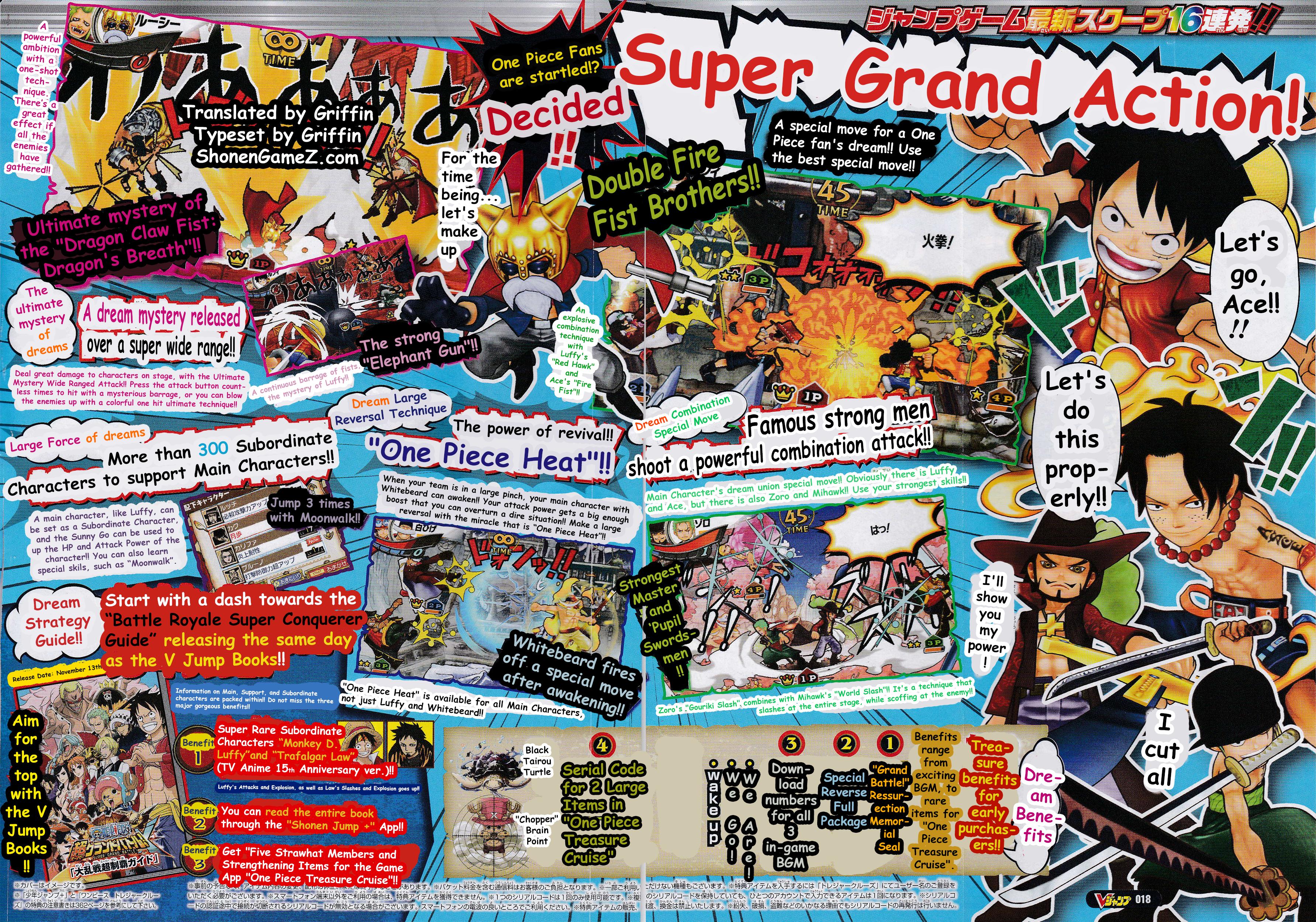 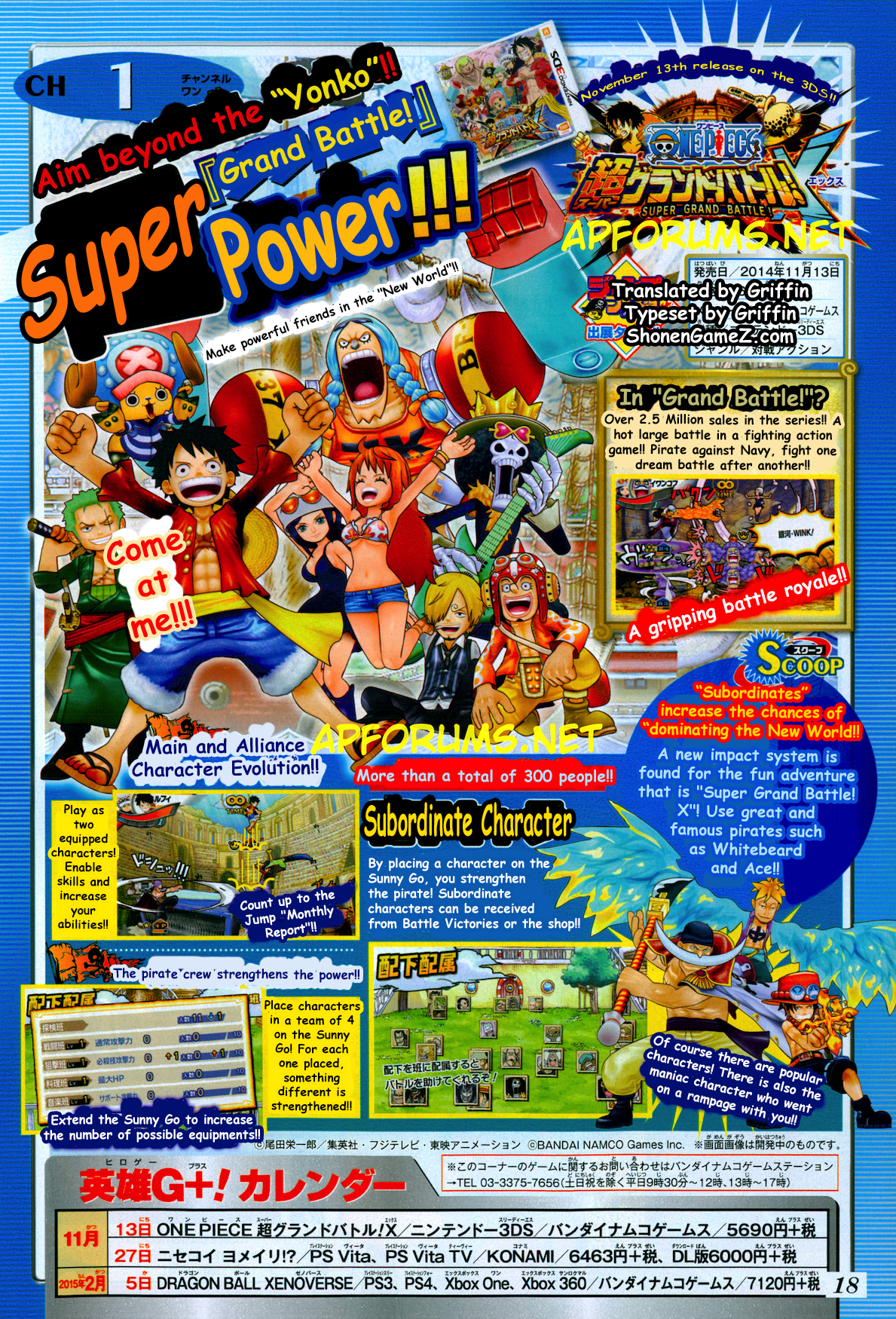