One Piece: Super Grand Battle! X, which releases on November 13th for Nintendo 3DS in Japan will feature three battle modes. These include Point Battle, Berry Battle and Survival Battle. In Point Battle, the main goal is to obtain the most points by the end of the match. Berry Battle is a little similar, but instead it you must collect the most berries by the end of the match, which you can acquire by attacking your opponent in which will result of berries gashing out.  Last but not least there’s Survival Battle, which is similar to your classic fighting game where whoever reaches 0 HP loses the match.

Check out the scan below: 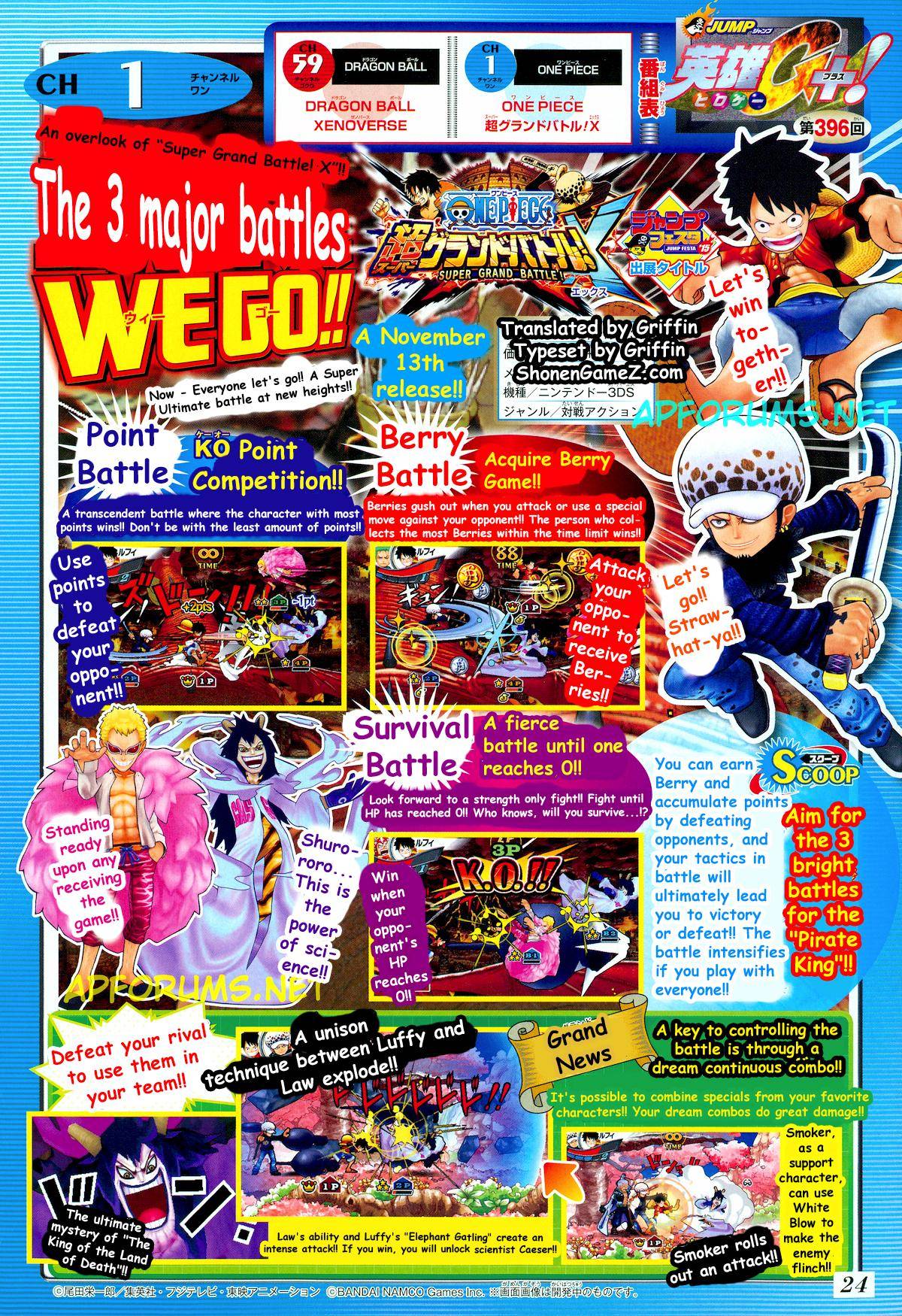