The Last: Naruto the Movie (The Story So Far)

Be sure to bookmark this page or follow on Twitter as more scans/updates will be amended throughout the week.

With the conclusion of Weekly Shonen Jump’s “Naruto”, a story that has spanned for over 15 years, all focus is pointed towards the final upcoming movie. While many of you may have seen the trailer last week, a series of leaks/scans have shed some more light, & given us a pretty good idea of what to expect in THE LAST -NARUTO THE MOVIE-

Translated scans below: (Possible spoilers if you haven’t finished the manga) 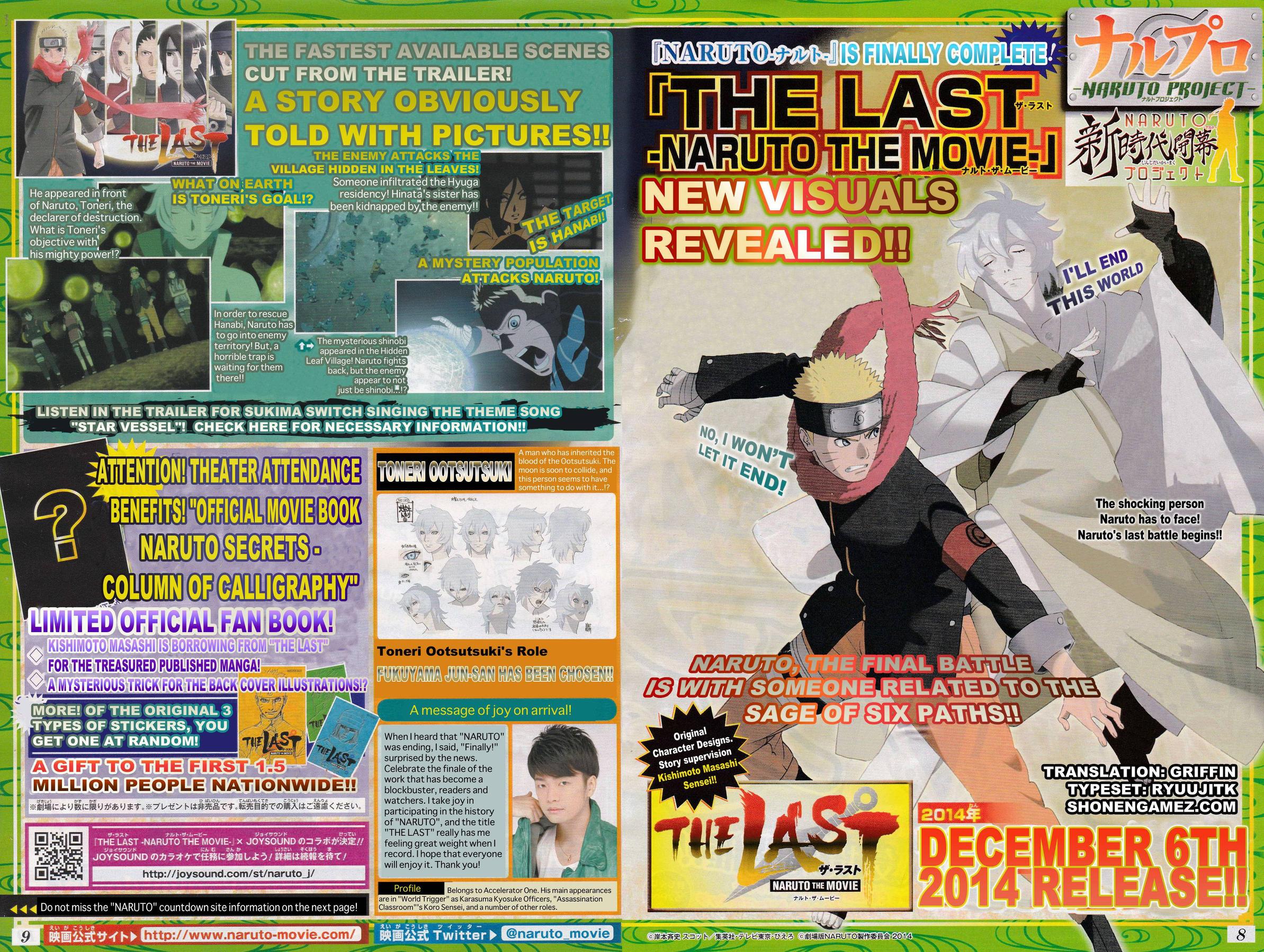 The story so far: The moon has begun moving closer to Earth! As it is, the moon will crumble and meteorites will rain down on Earth’s surface. As the last days of Earth approach, Hanabi Hyūga is abducted by a mysterious man in Konoha, and Naruto, Sakura, Sai, Shikamaru, and Hinata set off on a rescue mission! Can Naruto and the others overcome this crisis?

The scan lists that fans who attend the movie will be able to obtain a Naruto Official Fan Book that will contain some secrets inside. It will be a gift for the first 1.5 million people who enter to see the movie.

Voice actor for the upcoming Assassination Classroom Anime has shared his thoughts about the series ending by saying “Finally” and was surprised when he heard the news about the ending and the release of a movie. 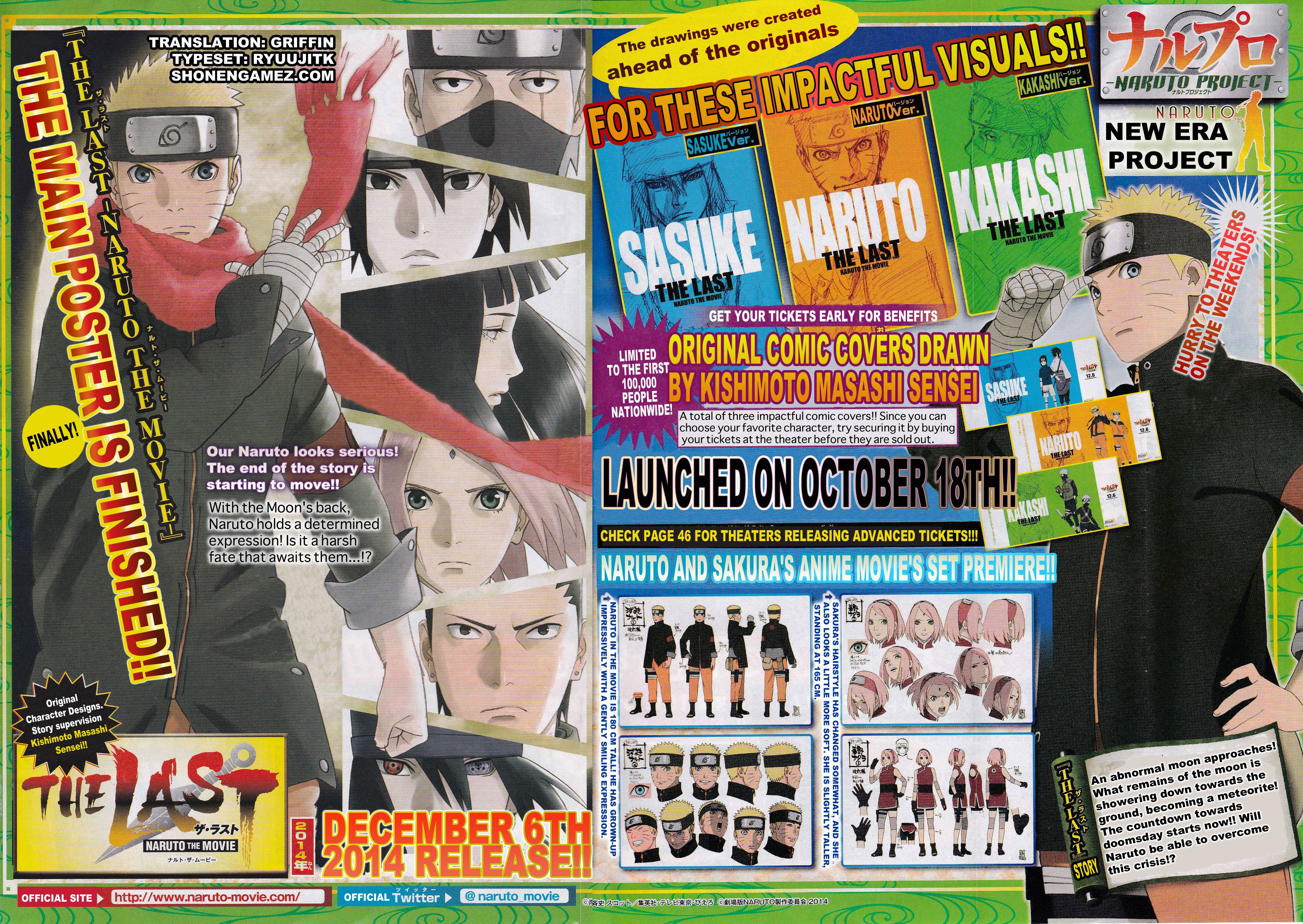 The first 100,000 fans who get their ticket early can get original comic covers drawn by Kishimoto himself. There are three in total, one for Naruto, Sasuke and Kakashi. 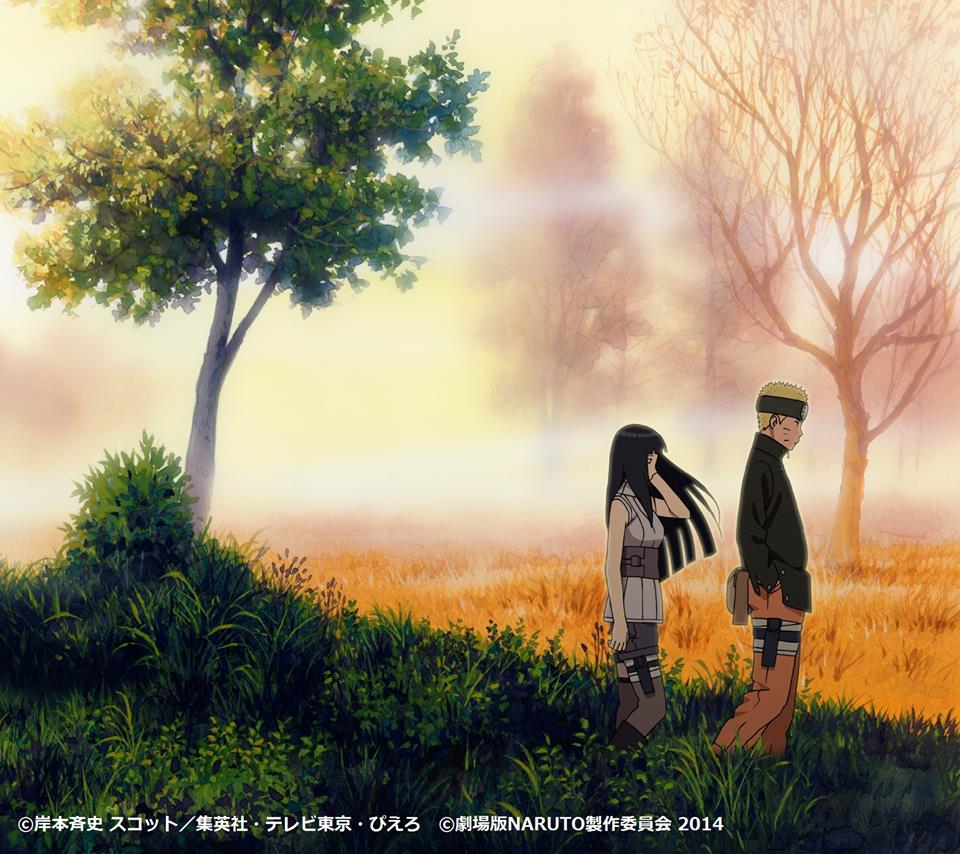 According to Kishimoto, the movie is more about romance, it’s a new and maybe unexpected spin for the movie but he hopes fans will still enjoy the ride. As some may have realized as well, the manga and the movie are both connected but if you have yet to finish the manga don’t stress, it’s not all that necessary to understand what’s going on.

Character design for The Last: Naruto the Movie 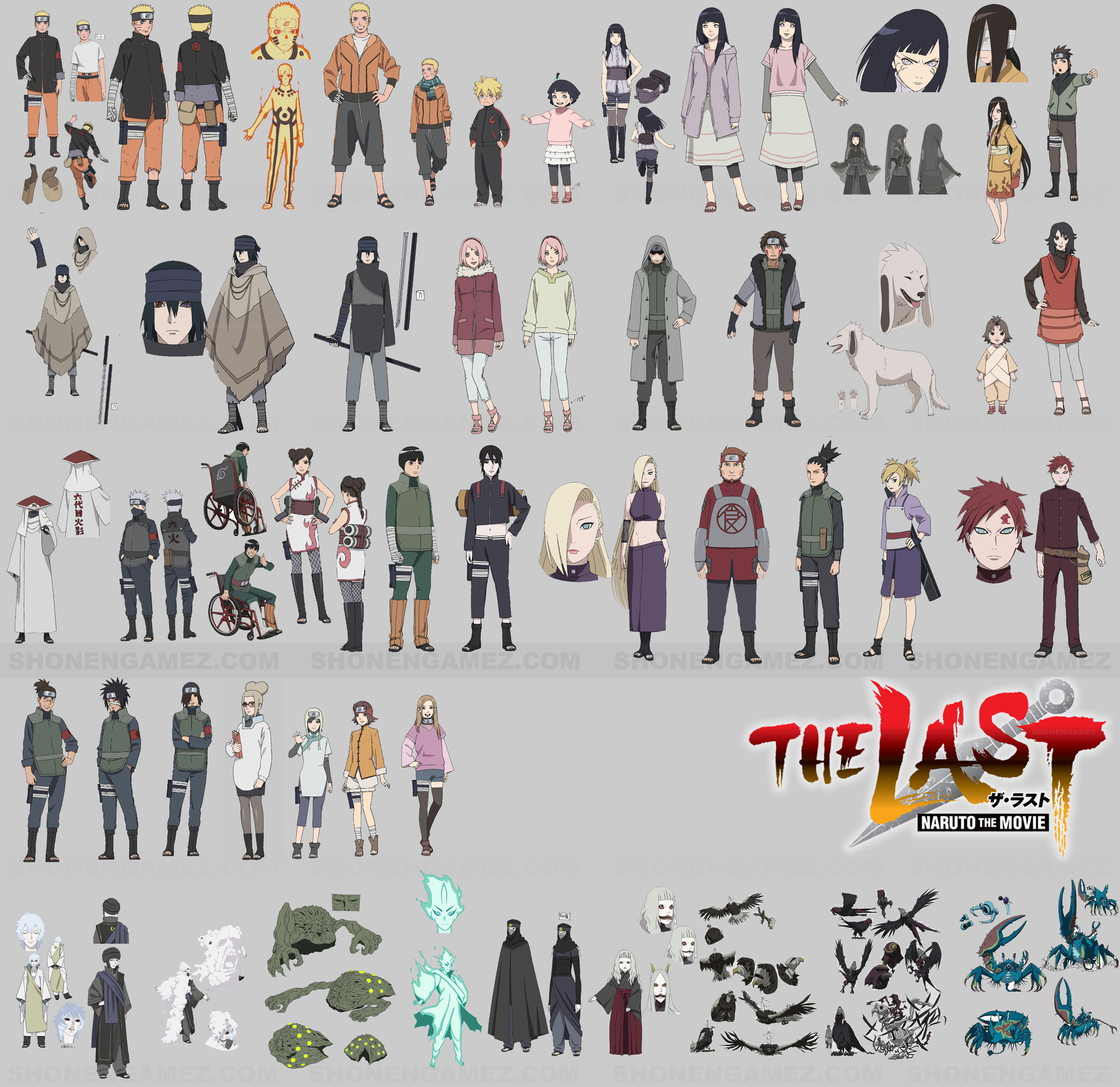