Tokyo Ghoul is an anime based off of the popular Tokyo Kushuu manga. The anime condenses this story down in the first season, with a second season announced just very recently. Regardless of the minor issues, the series gets high marks for its animation and gory subject matter (when you watch the uncensored versions at least).

Seeing as the franchise has gained popularity, its almost a no-brainer that Bandai Namco games has reportedly snatched up the license and is publishing a Tokyo Ghoul smartphone game in Japan.

Below you can see the first scan for Tokyo Ghoul Carnaval. 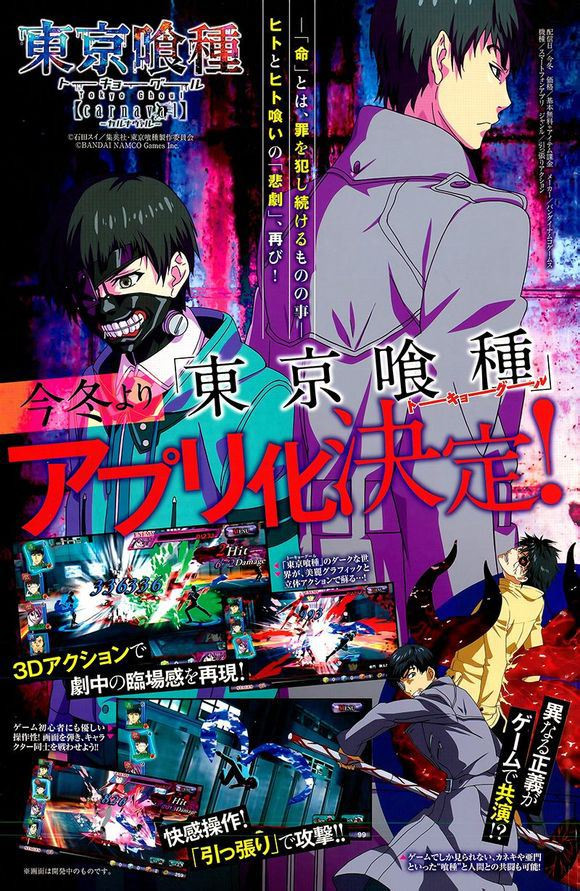