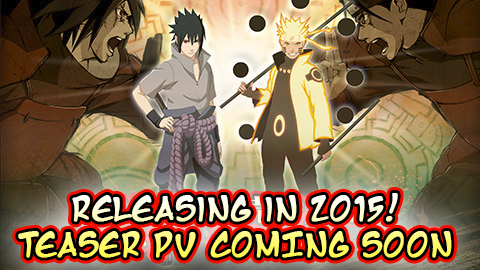 Following the abundance of news regarding Naruto Shippuden: Ultimate Ninja Storm 4, we were able to translate the pages of the recently revealed official website, including it’s intro page and special page regarding Jump Festa 15.

As expected, not much has been revealed except for a summary of the game as well as it’s focus. Naruto Shippuden: Ultimate Ninja Storm 4 will revolve around the latest events of the series, not to mention that Naruto from “The Last” will be present as well. Additionally, a demo will be featured in Jump Festa 15 as well. For those attending Jump Festa 15 next week, if you play the demo, you will be rewarded with a special eco bag of the game as a special present.

Naruto Shippuden: Ultimate Ninja Storm 4 is scheduled to come out next year for PlayStation 4, Xbox One and PC via Steam. Let’s see what CyberConnet2 can pull now that the series is now in next-gen consoles. 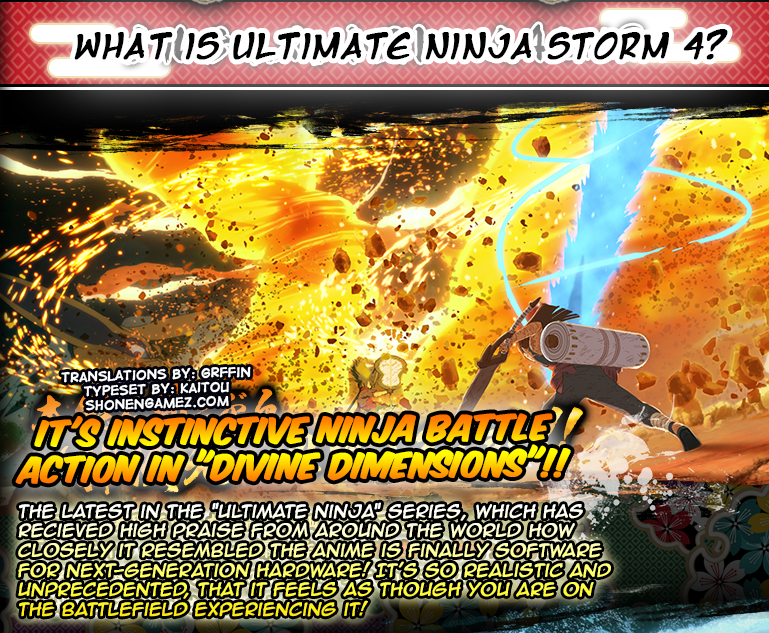 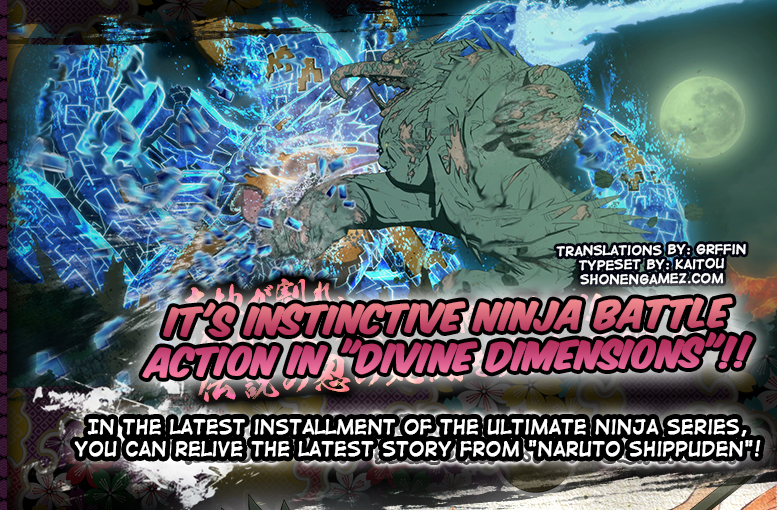 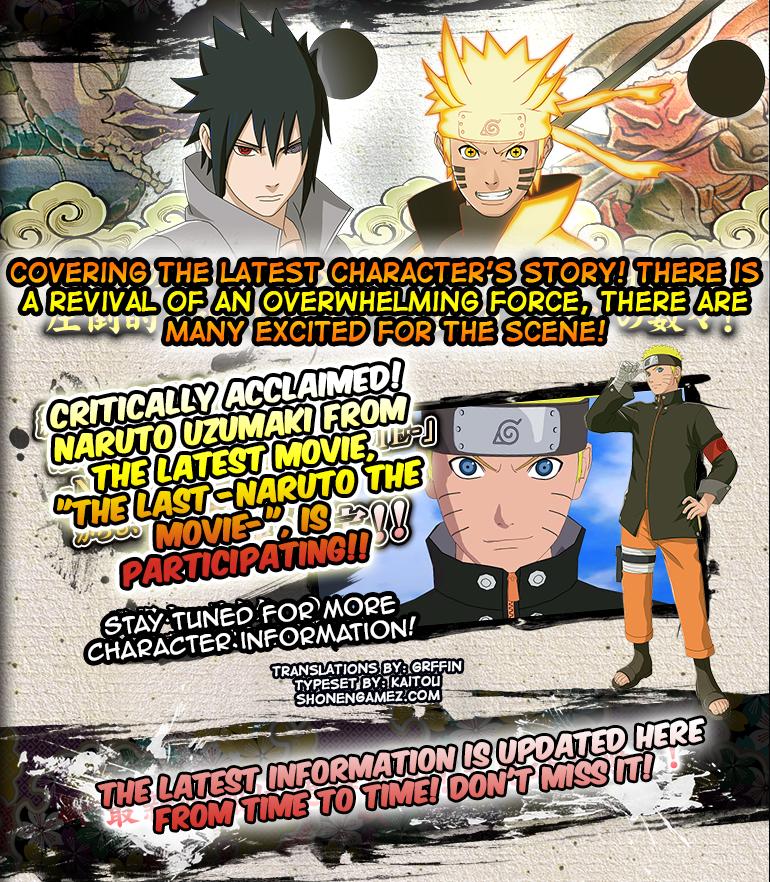 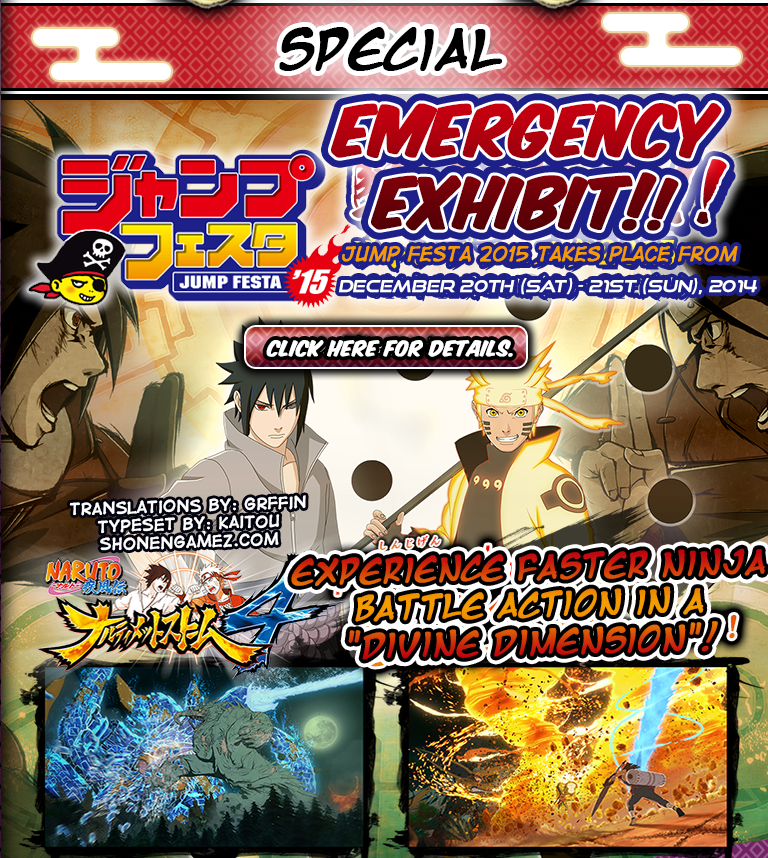 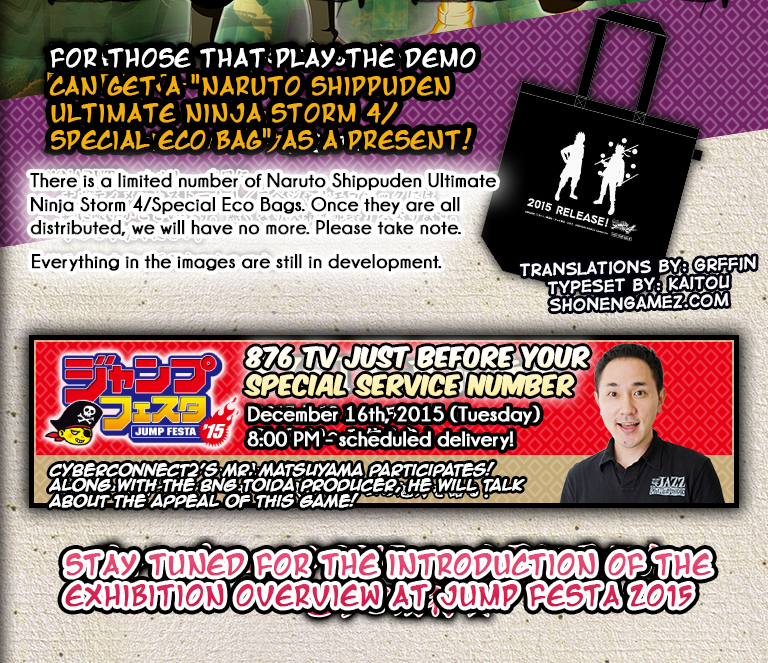