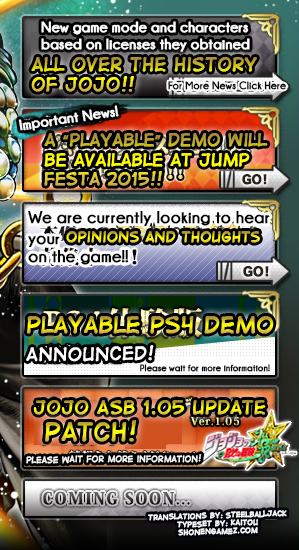 The official JoJo’s Bizarre Adventure: Eyes of Heaven Website is now available to view to the public and brings a variety of additional news!

First of all the previously announced console demo (with further news regarding the date, which is yet to be announced) will be available on the PS4. Looking at the “Specs” area is that it says “1 Player” as its amount of players, could this mean Eyes of Heaven will be Single Player only? 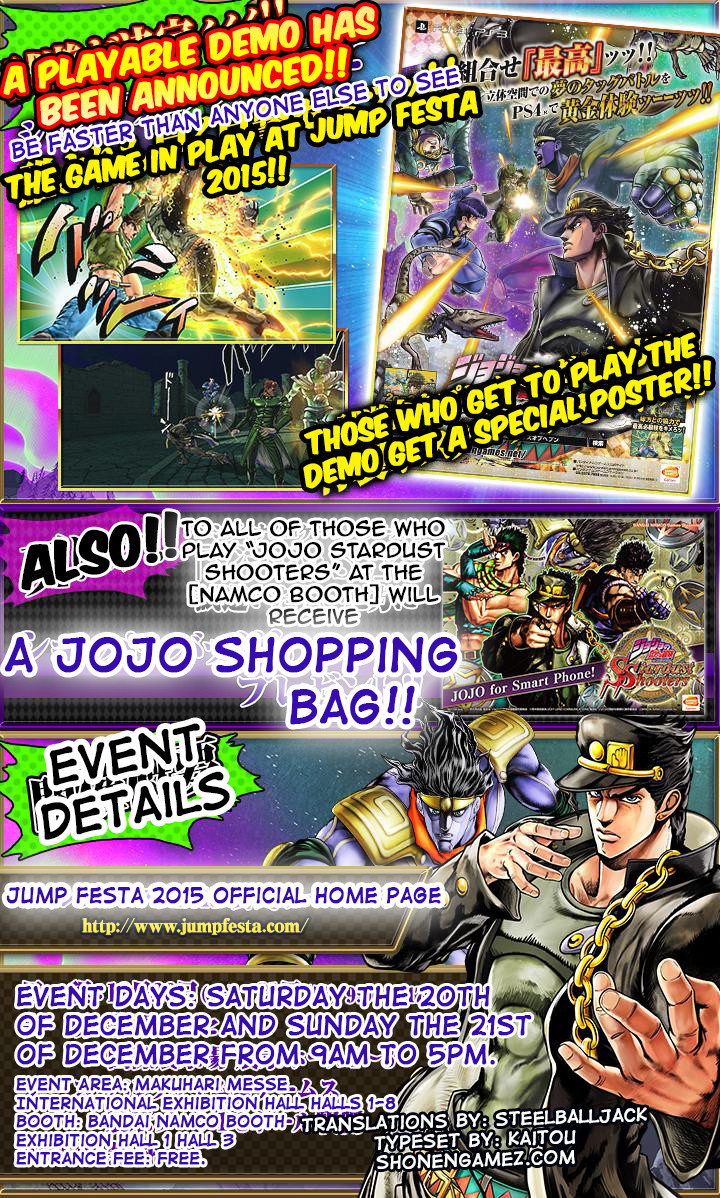 “Eyes of Heaven” will also include free running around the full 3D stages so that we could recreate famous battles from the original manga,  also there is guaranteed to be a plethora of characters from all Part 1 (Phantom Blood) to the currently serialized Part 8 (JoJolion) that will make an appearance. 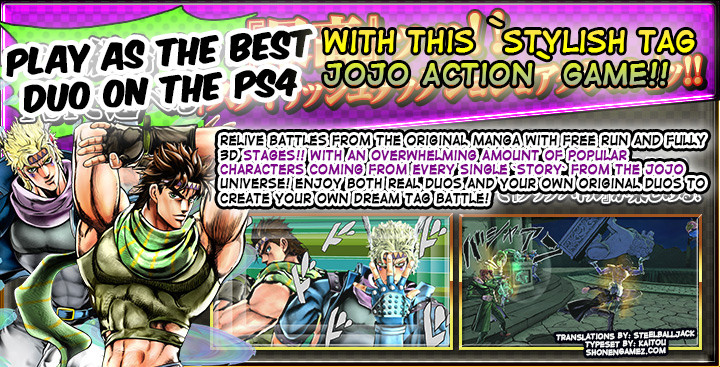 The last piece of news is related to all those who get to play the demo at Jump Festa this weekend, they will receive an exclusive “Eyes of Heaven” Poster!! We will have much more news on both the game itself and Jump Festa, but in the mean time stay tuned!

Pre-orders for the PlayStation 4 and PlayStation 3 versions of JoJo’s Bizarre Adventure: Eyes of Heaven are now avaliable  on Play-Asia.com. Additionally, you may pre-order the Asian version of the PS3 version as well.