The Confusion Behind Tales of Zestiria, Bandai Namco, and the PS4 [UPDATE]

Every year or so, a new Tales of Title is released in either Japan or the United States and Europe. For a very long time (excluding the case of Tales of Vesperia) these games have been releasing on the PlayStation 3.

Japan is well known for keeping their hands deep into the last generation during any transitional period. If one looks at the history of gaming, you can see that most japanese developers kept making games for the PS2 until the PS3’s sales increased globally, and even then you’d still see games being released for the console. It seems that developers this generation don’t have that same idea though.

So great, this is good for gaming. Gamers who are looking for a reason to upgrade finally have one, and those who adopted early, now have something to look forward to but the main thing that ties these games together are that they’re all fighting games. The PS4 has some stunning RPG’s coming like Persona 5 or Star Ocean, so what’s going on with Tales of Zestiria?

For those who don’t know, Tales of Zestiria was not-so recently released in Japan with mixed reviews, and the game is slated to release in Fall 2015 with Dual Audio on the PS3. Recently however, a dutch retailer listed the game for the PS4, and the game showed up in the Steam directory leading many to believe that it could come to Steam. 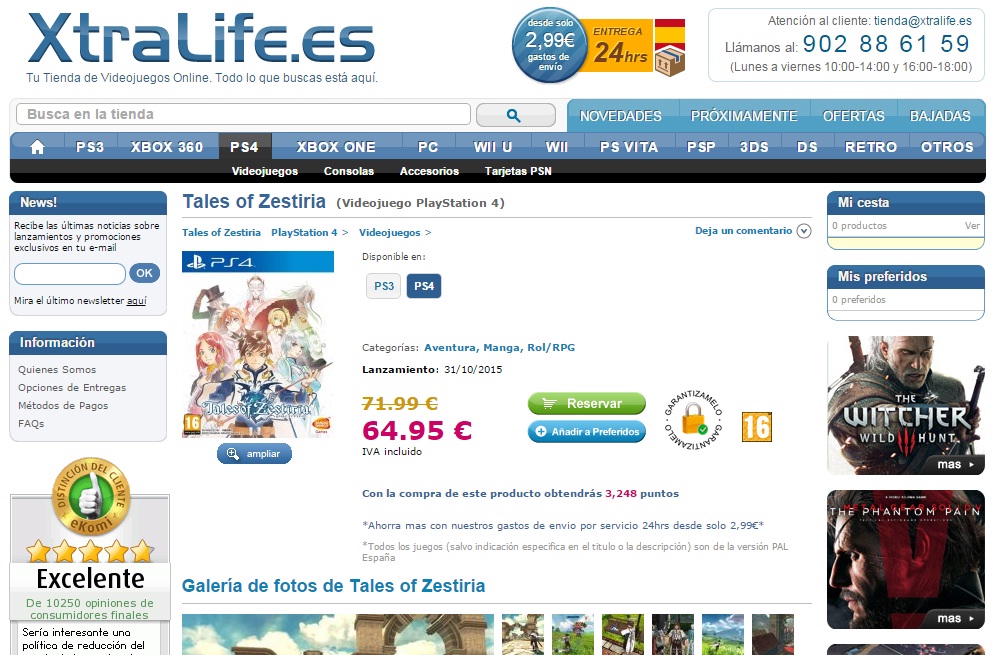 With the other games in the Bandai Namco treasury coming to the new hardware and PC, this isn’t much of a big hit. Bandai could issue a take-down notice, remove this listing, and just keep it moving, however they explicitly denied the existence of a PS4 port of the game.

That’s odd, and it really makes no sense for Bandai to have spoken out on this when they were quiet about the game being found in the Steam directory months ago. For those who are worried that the game might actually not release on PS4, here is the last piece of evidence that you need.

BestBuy of AMERICA listed the title for an October 27th release date, on what console? You guessed it, the PS4. So the question isn’t whether or not the game will be coming to PS4, but the question is when will Bandai Namco make an official announcement, and will we actually be seeing the game release on PC for the first time in the long series of Tales?

We’ll see soon, with the Tales Convention and E3 approaching, I don’t think that Bandai can deny the existence of the PS4 port for much longer.

Update: Bandai has spoken out on the many rumors regarding the PS4 port, and has more or less confirmed that it’ll be announced at the Tales Festival on June 6th!