In a new scan from this Week’s Weekly Shonen Jump, we see three new characters making their first appearance!

The focus of the scan is Gon and Hisoka! Gon will be taking on his Chimera Ant Arc appearance, and it seems we’ll even have access to Adult Gon! Whether this is part of his ultimate, or it’s a transformation is still to be seen. Hisoka is also in the scan, being playable after only having been a support in J-Stars Victory Versus!

The folks over at WSJ were pretty sneaky, because they also snuck in the Prince of All Saiyans, Vegeta. Gon can be seen punching Vegeta on the scan if you look close enough, and that confirms Vegeta’s playability, when previously the only Dragon Ball characters announced for the game were Goku and Frieza.

A New York map based around the statue of liberty has been revealed alongside the new characters as well.

Shoutout to Yonkou for the scan 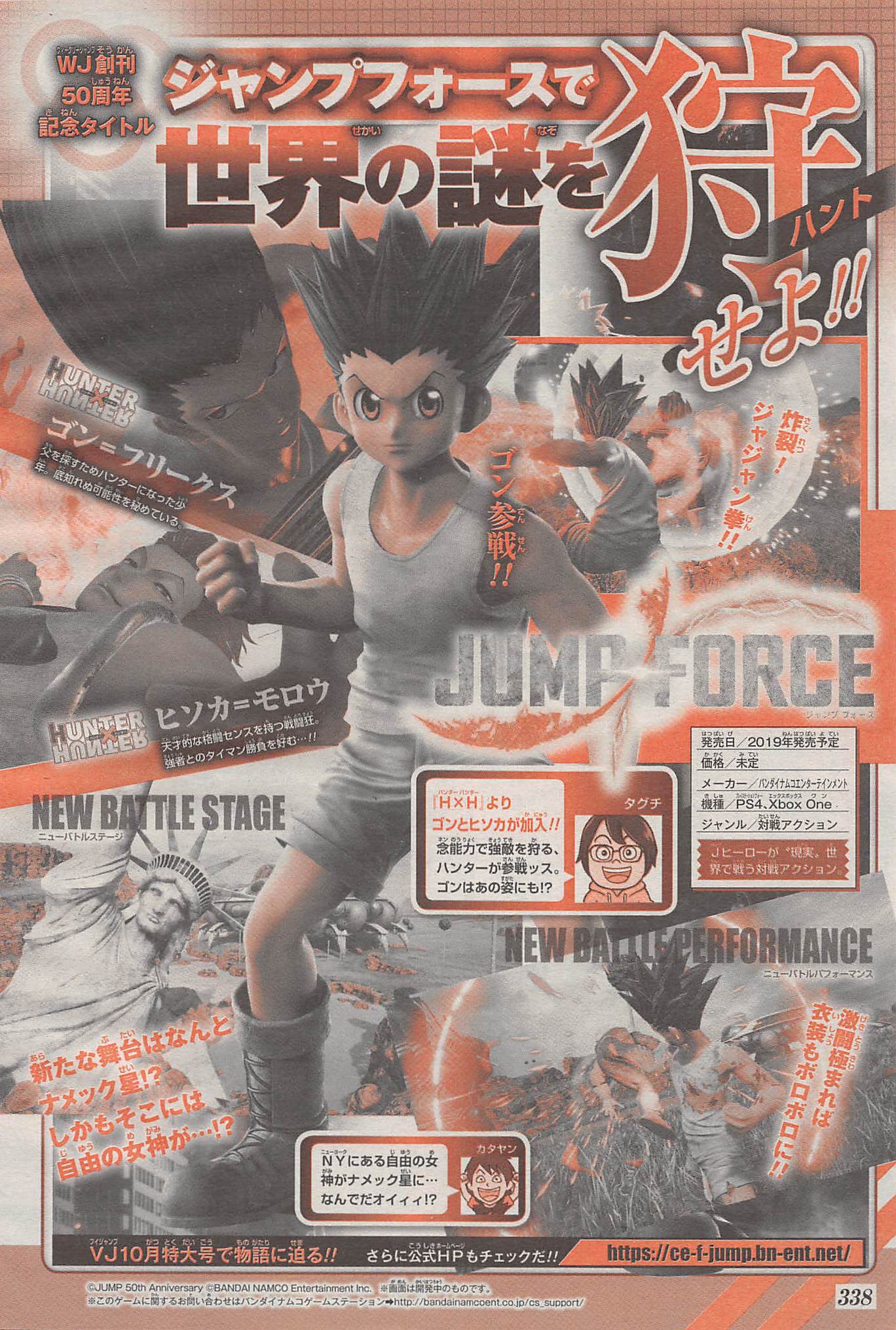